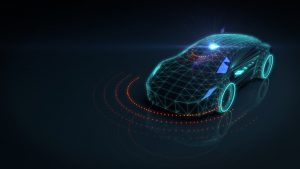 “There’s a myth in the press that people are going to give up their vehicles,” says Jim Hackett, who was named CEO of the company in May. Car ownership, he says, gives people control and they’re not willing to give that up.

Connected cars that communicate with us will soon be just like smartphones, he says. We won’t really remember what life was like before them, and once they’re in our hands, we won’t ever go back. One of the first steps, he says, will be cars that can find parking spaces on their own.