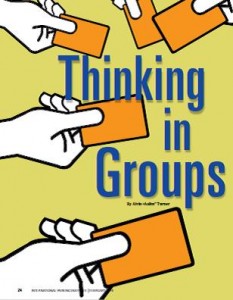 In almost every aspect of our busy lives during the last few decades, we have witnessed technology solutions grow by leaps and bounds. Who knew that something called an “app” would become such a resourceful and necessary tool in our daily lives?

We continue to live in an age of convenience—an age of smart technology—when we expect everything from hybrid vehicles and electric cars in our parking facilities to hotel rooms where we can order room service, manage the climate in our own space, and control the television all via a touchscreen device or our own smartphones.

Even in the parking industry (and perhaps especially in the parking industry), technology has not stood still over the last several decades. More than 25 years ago, way back in 1988, New York City began testing multi-space meters. At the time, that was a major move forward for transportation in the U.S. Now look: there are approximately 50,000 multi-space meters (MSMs) installed around the country. Looking back at the past 25 years, it’s clear that MSM technology has changed a lot.

I recently reached out to several early adopters of MSMs, all of whom agreed to share their thoughts on why they originally purchased the meters and how their parking systems are different today as a result. It’s an interesting look at how something that seemed so revolutionary has become part of the fabric of our daily lives, and where that might lead in the not-too-distant future.

New York City
I decided to start off by gaining some insight on the evolution of the multi-space meter from the perspective of a current parking operator, and spoke with Phil Oropesa with Laz Parking, who was instrumental in one of the earliest MSM installations anywhere in the U.S. He helped coordinate the first installation in 11 New York City surface lots in 1988.

Oropresa says the primary driving forces that led New York City to move towards MSMs were security of revenue, the desire to increase auditing capabilities, the goal of improving customer service with additional payment options (first with the city-issued Muni Card and then credit cards), and lastly, to improve the streetscape by removing single-space meter poles and reducing sign clutter. An added benefit was improved capacity through the elimination of the standard marked parking space length of 21 feet.

Prior to the installation of MSMs, New York City had single-space meters for decades in both its on-street spaces and off-street lots. The initial MSM pilots saw a variety of design changes to the equipment (including the additions of a bomb-proof flap and a coin sensor guard), and weren’t without some drama; believe it or not, some of the meters were blown up, had water hoses shoved into their coin chutes, or were even ripped from the ground.

In 1993, New York started converting some of its single-space meters to AC-powered MSMs on city sidewalks. At the time, that was a very big move in the U.S. market. Twenty years later, New York is in the process of replacing all of its older single-space meters with more than 13,000 solar-powered pay-and-display meters.

According to Oropesa, New York looks forward to the future with the desired ability to have multi-space meters fully integrate near-field communications (NFC) and other alternate forms of payment options that will help reduce credit card processing costs. The city also hopes to generate additional revenue through advertising and shopper loyalty programs, mesh with integrated technology solutions (ITS) for demand-based pricing based on real time transportation demand management (TDM) conditions, integrate with in-vehicle GPS for block-by-block and zone-by-zone-specific heat maps to indicate parking availability, and for MSMs to perform multiple functions with regards to municipality infrastructure needs, including recharging mass transit payment cards and accepting payment for issued parking violations.

Savannah, Ga.
In 2001, the City of Savannah decided to replace most of its single-space meters with MSMs primarily to increase its available customer payment options and boost parking revenues. Changing parking meter systems is always an iffy proposition, but according to Kim Sanderson, then the city’s director of parking services, the transition was smooth after an initial learning curve.

Savannah’s first MSMs were pay and display, and accepted coins, bills, and a city-issued pre-paid parking card. There was no connection to a back office system, so if a meter was out of paper, or even worse, out of order, there was no automatic way to know about the issue.

Now, fast forward to 2012, when Savannah made a giant leap forward by replacing its original pay-and-display meters and moved to an on-street wireless pay-by-space system. With all MSMs connected to a central back office system, Savannah can now remotely monitor its meters and quickly fix any problems. Additionally, instead of having to visit each car to check meter-issued receipts, enforcement officers get the status of all spaces on wireless devices, making their roles much more efficient.

Of course, Savannah still keeps an eye on customer convenience. With their new meters, motorists can pay with credit cards in addition to their original payment methods and they don’t have to return to their vehicles to display their receipts after paying for their parking time. And, with the move toward pay-by-space, the city can easily add cell phones as another method of payment.

Texas Tech
Eric Crouch, director of university parking services at Texas Tech University, Lubbock, recalls that the university did not previously have any single or multi-space parking meters on campus, before making the decision to acquire and install meters in 2003.

One of the primary reasons the university decided to go from unpaid parking to MSMs in 2003, Crouch says, was in part that it was building a new parking garage—revenues from meters would be used to help finance the new structure. The MSMs were configured for pay-and-display and were not connected to a back office system.

With a need to continue to better manage campus parking operations and increase efficiencies, Texas Tech decided to purchase new MSMs in 2009, but this time selected a pay-by-plate configuration. Texas Tech’s bold decision to move forward with this system as a new mode for its MSMs was quite a big step; at that time, most universities and cities were still using either pay-and-display or pay-by-space configurations. The main driver in the decision was the desire to electronically manage the parking program (both permits and meters) via parkers’ license plates. The back office that manages the MSMs is integrated with the university’s license plate recognition (LPR) system for fast, efficient enforcement (see the July 2013 issue of The Parking Professional).

According to Crouch, “In 2009, Texas Tech decided to select Parkeon’s Strada Multi-Space meter in pay-by-plate mode, due in part to the university’s tough budget times. The university was faced with some key financial decisions: if we reduced or eliminated the cost of parking permits and decals, with the added controls and increased customer service of managing the campus parking ops and campus parking enforcement LPR, then our parking programs would become more cost-effective and cost-efficient.”

Crouch went on to say that the positive effect of moving away from permits and decals was that it freed time for staff to focus on other key components of the university’s large parking operation. And with LPR in place on campus, fewer personnel hours were needed to deal with permit and decal applications.

Where Do We Go From Here?
From unconnected to connected, from AC power to solar, from pay-and-display to integrated pay-by-plate: all of that happened in just 25 years, and it’s amazing to see how far the multi-space meter has progressed. It’s exciting to think about where the technology will go in the next 25 years. I’ve seen vendors advertising that their MSMs can reload contactless smart cards, accept payment for parking citations, and even call a taxi cab right to the meter. I suppose the sky is the limit with this technology.

The evolution of the multi-space parking meter: exciting, ­never-ending, and progressive. Parking is an exciting place to be.

Alvin “Aalim” Turner is CEO of PREMIERE Consulting Group. He can be reached at aturner@premierecg.biz.